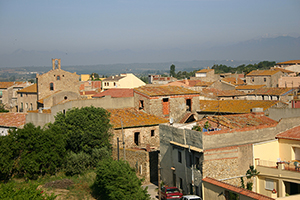 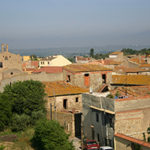 The municipality of Pau extends along the southern slopes of the Sierra de Rodes, in contact with the alluvial plain of the Muga basin, near the disappeared lake of Castellón, within the Aiguamolls de l’Empordà.

The village is an area of ​​contact between mountains and plains, with a history dating back to 982, when the old castle of Pau became the center of the barony of Pau. The whole town is grouped around the church and the square, and stretches along the paths that lead to it. The houses, many of them two-storey and with attics or barns at the top, covered cellars with stone or brick vaults on the ground floor and terraces attached to the facades on semicircular arches, make up a set of great interest.

Others have been converted into second homes, as well as new constructions around the two urbanizations of the town: the Els Olivars Urbanization and the La Vinya Urbanization.